Club Brugge vs PSG meet for the first time in the UEFA Champions League group stage. Both teams are high in confidence after enjoying back-to-back wins in their domestic leagues. Club Brugge sits at the top of the Belgian Pro League without a loss in ten games. They will ride their luck after a strong performance away to the mighty Real Madrid where they drew 2-2. Paris Saint Germain also sit at the top of Ligue 1 and will look to maintain their 100% record after winning both games in the group. 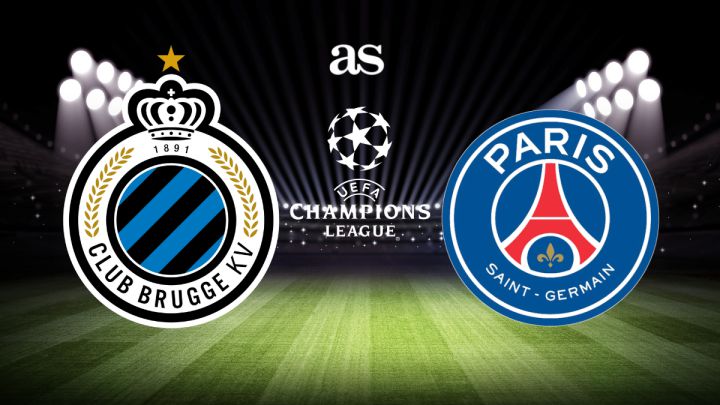 After coming close to a historic win at the Santiago Bernabéu Stadium, the Belgian champions will believe that they have what it takes to down the Parisians.  The prolific talent of South African Percy Tau and Nigerian Emmanuel Bonaventure is sure to help them in their pursuit. The former is playing his first season with Brugge but has already stolen the hearts of his home fans. He helped guide the Belgian team through the qualification phase of the Champions League along with providing the assist against Los Blancos.

Thomas Tuchel’s side is in rich form and will welcome back Brazilian forward Neymar Jnr. to the squad after suspension. With no head-to-head record between Club Brugge vs Paris Saint-Germain, it’s hard to say who has the upper hand.

A lose for Brugge might mean that the Belgian side might find it difficult to advance into the knockout stage of the competition. They will have to travel to Parc des Princes and hope to wrestle points out of the French champions in their back yard. After drawing both games, Club Brugge hope to earn their first three points in this year’s competition.

PSG sits at the top of group A, after beating Real Madrid and Galatasaray in their first two games. A win today will all but ensure that the team from France will win the group. They will look to rest some players for the return leg at home.

Catch Club Brugge vs PSG at Jan Breydelstadion on Tuesday evening and bet on the favourites to win the game.