Fresh from their exit out of the CAF Confederations Cup tournament, TS Galaxy aims to get their league season back on track with a win against Richards Bay. The team that stole South African’s hearts last season in the Nedbank Cup has had a torrid beginning to the season. TS Galaxy’s impressive exploits defeating Soweto Giants, Kaizer Chiefs, in the SA League Cup final meant that the National First Division team qualified to play the continental competition this season.

Reaching the playoff stages of the tournament affected the GladAfrica Championship team’s schedule and by extension their form. In the last five games they played, they drew three times and lost twice. They currently sit in the eleventh position with even points after eight games played. They come up against a Richards Bay side that is also struggling to string a couple of wins under their belt.

Richards Bay FC has had an equally forgettable season, with their last win coming back in September. The team’s frailties in front of the goal have been exposed this season, scoring only eight goals the entire season. Only relegation-threatened sides Jomo Cosmos and Mbombela United have a worse goalscoring average, scoring five goals apiece. 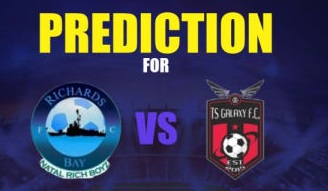 The game is going to be a tightly contested match. Both teams rely heavily on their tactics to come out tops and have been poor in scoring. This match is a catch-up game for both teams owing to TS Galaxy’s rescheduled matches while away playing the continental tournament.

The match is set to take place at Kameelrivier Stadium, home of TS Galaxy. The last time the teams met at the same venue, TS Galaxy won the match by 3-0. The head-to-head record also leans towards a Galaxy win, having played only two times before this afternoon’s game. Both teams drew the return leg after failing to score.

Catch the GladAfrica Championship fixture between TS Galaxy vs Richards Bay on the 20th of November kick-off at 15:30 CAT.