The National First Division of South African football is the second-highest domestic league in the country. The second level of the South African football league has gone through numerous formats and name changes in the past. The winner of the competition has always been guaranteed an automatic spot in the Premier Soccer League (PSL). The name of the league has since changed to GladAfrica Championship, with additional funds pumped into the second tier of SA football. If past seasons are any indication, there are no outright favourites when it comes to first division football. Club sides that have been relegated from the PSL find it difficult to return back because the competition is as difficult in the first division.

Predicting the winner of the first division is never easy. This is because two sides from the Absa Premier Soccer League are potentially relegated. Based on their experience, most punters bet on the teams to bounce back to the top flight. However, it is teams that have been in the NFD that win the league and get a promotion. Commentators attribute this towards teams learning how to play in unfavourable conditions as well as with fewer funds. Relegated teams are used to playing in carpet pitches along with receiving funds from the league. Additionally, they struggle because they have to sell their best players to other teams and groom players in line with the National First Division rules.

There are 16 teams that contend for the GladAfrica Championship trophy along with promotion to play in the PSL. The runners-up along with the third-placed team qualify to play the playoffs matches with the 15th-placed team on the PSL log. The three teams enter into a round-robin group with home and away matches. The winner of the mini-tournament will win the right to play in the PSL.

A similar process is followed with regards to teams that are relegated teams in the first division. The third-level of South Africa’s top tier leagues is known as the Vodacom League and teams from that qualified as winners of their individual province get to play for promotion. The last team on the NFD standing gets automatically relegated and the second last teams feature in the playoff games. 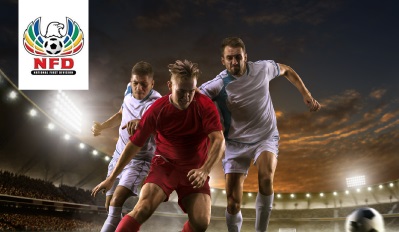 Players looking to make money can bet RSA NFD matches online at top sports gambling sites. You can find the latest NFD results to help you make informed bets, looking at the previous head-to-head results. Also, check the NFD fixtures to ascertain how the team will treat the game. Usually, GladAfrica Championship teams play their best side in cup competitions because of the promise of prize money. That means that matches that come post cup competition tend to play out to a low scoring match. Thus, it is advisable that punters stick to South Africa NFD early betting to get the best odds online.