The Stellenbosch vs Kaizer Chiefs game is a chance for both teams to save face after they failed to get maximum points in their previous games. Stellenbosch drew against Highlands Park to move from the bottom of the table while Chiefs lost their cup game over the weekend to Maritzburg United. This match will be the first outing for Stellenbosch after the international break. The team from the Western Cape will host the current league leaders at the Cape Town Stadium on Wednesday.

Despite being knocked out of the Telkom Cup, Amakhosi still boasts a near-perfect record in the league this season. The team from Naturena only lost one game and drew once in 11 matches played. They sit at the top of the table with 10 points lead and will hope to increase that point margin.

The newly-promoted side is hoping to put some distance between themselves and the bottom of the league. They haven’t had a good start to the season, with only two wins the entire season. Stellies coach Steve Barker hopes that his boys show the same fighting spirit they displayed when playing against the other Soweto giant, in Orlando Pirates. They won that game 1-0 at home with a brilliant display of tactical awareness and defensive gameplay. 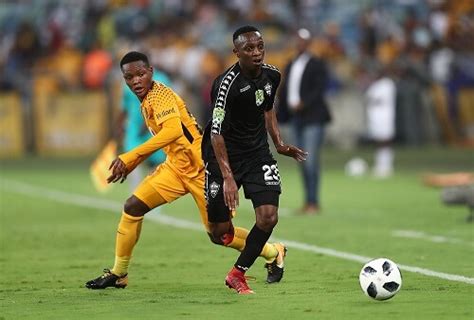 Kaizer Chiefs look set to reclaim their glory days should they remain top of the league until May 2020. They were missing a few players for the Telkom Knockout semifinal match against Maritzburg over the weekend due to injury. Ernst Middendorp will hope Eric Mathoho makes a speedy recovery. His presence will boost Chiefs’ defence after the shoddy display on Sunday.

Oddsmakers remain confident in Kaizer Chiefs’ squad depth and their ability to bounce back after their defeat. They Joburg team will travel to Cape Town looking to stretch their lead at the top if Mamelodi Sundowns fails to win their match against Amazulu. Catch the late kick-off on Wednesday night between Stellenbosch vs Kaizer Chiefs on 27 November at 19:30.