The Premier Soccer League fixture between Kaizer Chiefs and Orlando Pirates this Saturday is the fourth time that the Soweto Derby is played in the same calendar year. The soccer matches between the two teams have always been a tightly contested game, with bragging rights for the best club in Soweto up for grabs. The last match between Chiefs and Pirates was played last weekend in the Telkom Knockout Cup. Chiefs advanced to the TKO semi-finals through a penalty shootout after a 2-2 draw couldn’t separate the two sides.

The current league leaders have been on a stellar run of late, recording six straight wins in all competitions. They have a healthy lead at the top of the PSL log with 25 points after 10 games played. Mamelodi Sundowns are second with 18 points, despite having a game in hand. Pirates, meanwhile, are seventh on the log, 12 points behind their opponents.

The Bucs contingent will want to avenge their humbling defeat when they face their bitter rivals. They were knocked out of the Telkom Knockout Cup at the second hurdle to prolong their drought of silver in the top flight. A win for Pirates will surely restore the Bucs supporters’ faith in their young coach, Rhulani Mokwena. 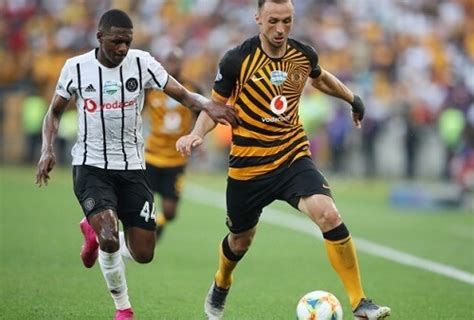 Mokwena’s current win record as head coach of Orlando Pirates stands at lower than 25%. That will count for nothing should he lead his men to the promised land and beat Chiefs on Saturday. The head-to-head record between the two teams for this calendar year leans in Pirate’s favour, despite the only win coming in the curtain-raiser, Carling Black Label Cup. In February, Chiefs and Pirates played out to a 1-1 draw in the second leg of the PSL league game. They would later meet in the annual season-opener where Bucs won 2-0 before they were drawn together in the TKO cup.

These stats put the odds on a tight edge, with the result being anyone’s game. Catch the Absa Premier League match between Kaizer Chiefs Vs Orlando Pirates at the FNB Stadium on November 9. You can live stream the match and bet on the team to win online.